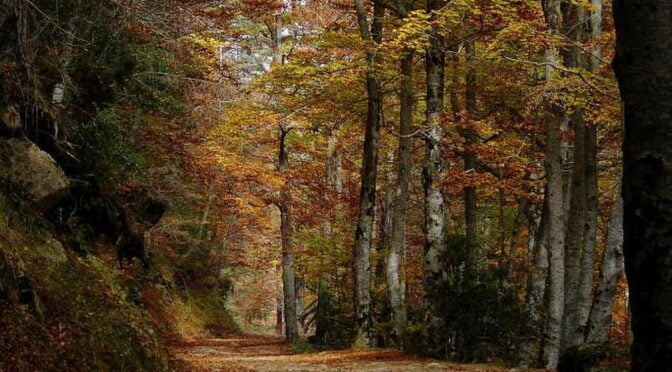 Most famous as the origin of wines of the same name, La Rioja contains fertile plains in the north, irrigated by the Ebro river and is bordered in the south by the Sistema Central mountain range.

There is a division in climates with the mountains receiving higher rainfall and the low lands being more arid.

The mountains such as La Sierra de Cebollera, have been shaped by glaciers and plant life at the high levels has to endure snow, ice and strong winds.

Grey partridge, Palmate Newt, Asp viper and Green lizard are some of the creatures to be discovered. (Oh… And wine 🙂

Find a hotel in la Rioja

The Paleontology Centre of Enciso is installed in an old shoe factory. It is dedicated to the investigation of the dinosaur remains in La Rioja and the promotion of the results of its investigations. Website in Spanish below.