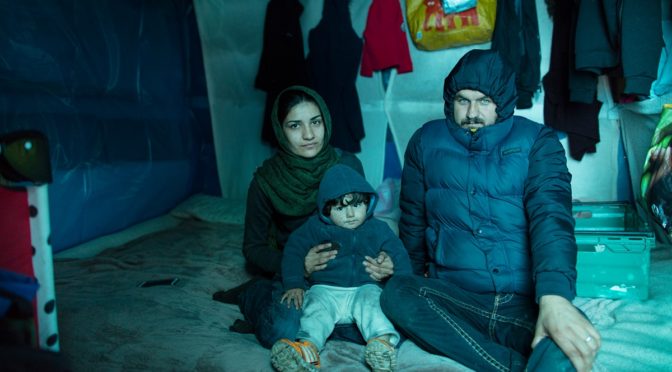 The trip from the Pyrenean Experience to the ‘Calais Experience’ was little more than a descent from the Garden of Eden to the Gates of Hell. There are many photos and reports on what it is like in the refugee camps in Calais and it would be impossible to exaggerate the extreme conditions these people are living in and yet, one of the many things that struck me, was the dignity of these people – trying to salvage the vestiges of normality, picking their way through a quagmire of mud and rubbish to brush their teeth at a communal tap or hanging out a child’s jumper to dry on a bush as the rain clouds approach. Known as ‘the jungle’ – unfortunately there really is no other word that better describes it – but it describes the place NOT the people. Had the people who allowed this to happen inhabited this place then the word ‘jungle’ could be applied with no incongruities at all.
I was introduced to the camp by Jesus Denia Medrano from Pamplona, a man of huge heart and energy, working as an independent social activist in collaboration with Doctors of the World, The Red Cross, SOS Racism and many more. The reason of our visit was to organise the arrival of a lorry of supplies leaving Pamplona later this month which meant that I spent a couple of days in the ‘jungle’ – talking and eating with the people; Afghans, Iraqis, Syrians, Eritrean, Sudanese, Ethiopians … engineers, vets, scientists, architects … listening to their harrowing stories and their hopes of working and studying in the UK. People who want to give, to contribute if only someone would give them a chance. Two days and a lifetime of impressions. This article in the Guardian by Amelia Gentleman says all I could possible say or more – it describes the situation precisely. All I will add is that the volunteers out there desperately need help, living in the same conditions as the people and pitting all they have against a virtually impossible task. HOWEVER, for those with doubts, one small light in the middle of the nightmare is that I returned convinced that whatever aid we send there DOES go straight to the people. Contact: Annie at calaisdonations@gmail.com who works at L’Auberge des Migrants and who I left last week huddled over a heater in a makeshift hut at the back of the warehouse working 12 hr days (like so many others) and dedicated to making a difference. YES – the aid gets through (which means the onus is on us). 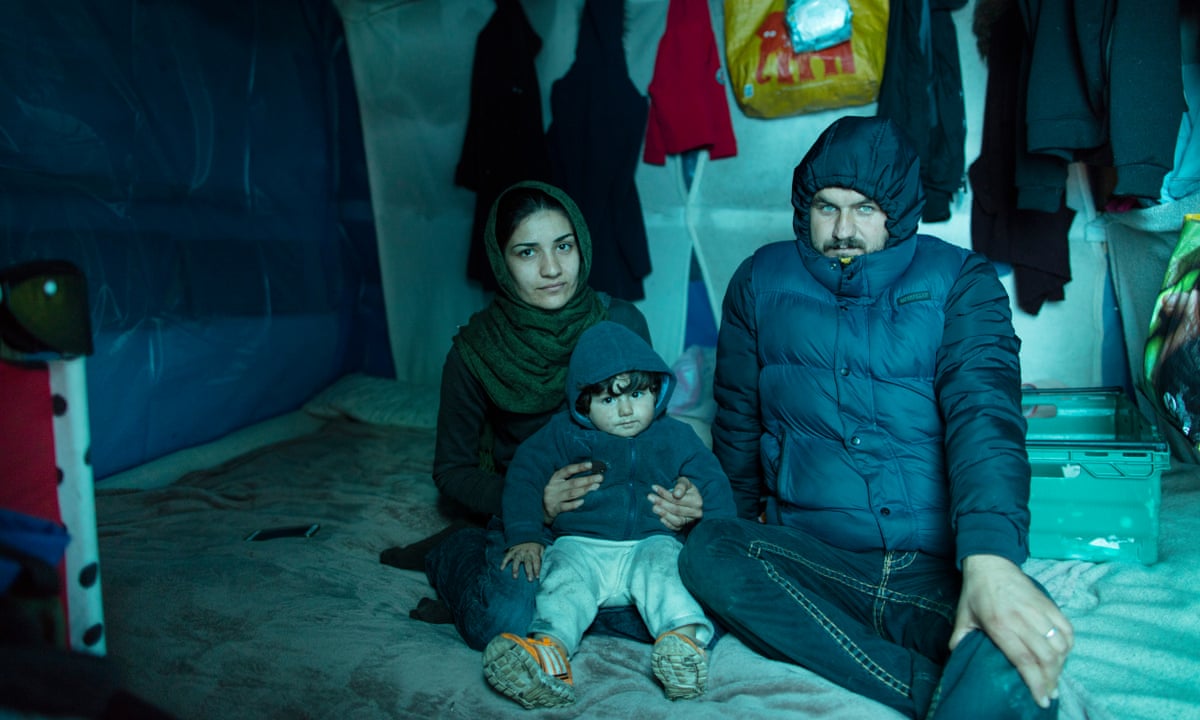 The horror of the Calais refugee camp: ‘We feel like we are dying slowly’

Since the summer, the makeshift Jungle has quadrupled in size – it is now home to 6,000 desperate people. They are living in slum conditions, surviving on charity handouts and risking their lives under the wheels of trains. Now winter is coming …

More info at the Facebook page of the Pyrenean Experience