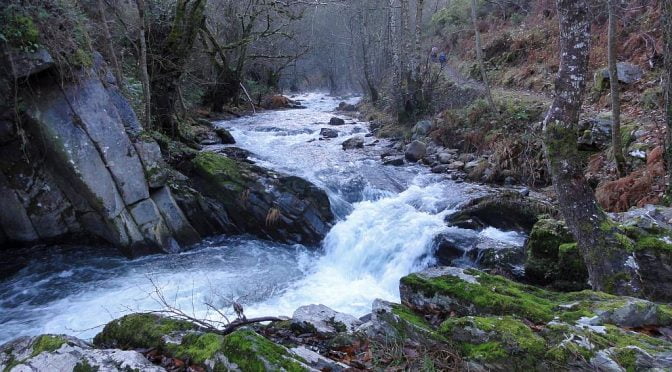 The Río Eo, Oscos y Terras de Burón Biosphere Reserve is basically a land of fusion, a union of Asturian and Galician cultures and a water frontier where diverse forms of life coexist from the sea to the mountains. A landscape that allows you to descend from the silence of the mountains and valleys of the highlands to the light of the sea in just half an hour.

The area includes the entire basin of the Eo river from its source in Fonteo to its mouth in the nature reserve of the Ría de Ribadeo estuary and also the special protection areas for birds (ZEPA) Peñarronda-Barayo, the Ría de Ribadeo Ramsar Wetland and the Penarronda beach natural monument.

Within the territory included in the reserve, four large landscape units can be recognized: the Western Cantabrian coast, the river channels, the estuary and the mountainous terrain. All of these areas are ideal for wildlife watching and the river estuary also an important are for migrant birdlife.

The extensive forested area in the mountainous area of ​​the reserve is also home to a large range of species. Among the mammals, the wolf or the sporadic presence of the brown bear stands out. It also houses an important variety of forest birds, with species such as the black woodpecker.

Routes of the Camino de Santiago

There are two routes of the Camino de Santiago that pass through the Rio Eo, Oscos and Terras de Burón biosphere reserve: the Ruta de la Costa and the Camino Primitivo.

The Interpretation Center of the Rio Eo, Oscos and Terras de Burón biosphere reserve is easy to find and located in the old factory of “Serrasa” in the town of Castropol. There are audiovisual exhibitions and information panels covering the fauna and flora of the area along with thematic exhibitions about human activity from past to present day.

Scattered across the area are many ethnographic museums, galleries and other sites of interest (Town location in brackets)