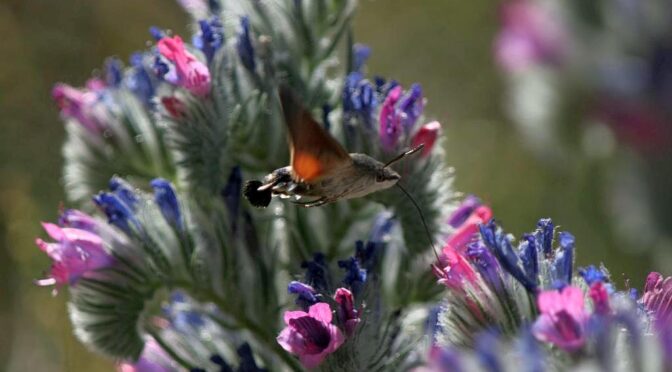 There exists a fascinating array of thousands of species of Bugs and beasties In Spain, with no-doubt some yet to be catalogued.

Of the more obvious and aesthetically pleasing, there is an impressive list of butterflies including the Apollo (Parnassius apollo) which is restricted to high mountains and the fabulous Spanish Moon Moth (Graellsia isabellae) on the endangered list due to greedy collectors. There are around 226 butterflies in Iberia and over 4000 species of moth.

Insects are often overlooked but we do rely heavily on bees which are an intrinsic part of our existence with their ability to pollinate crops. Cicadas whining in the trees during the heat of summer and crickets churring in the grasses at night are common insect sounds but have you ever searched the branches of a tree or bush for one?

Many insects are beneficial to us and yet are sadly targeted because of the “all insects are pests to be eliminated” attitude.

Moths which can be a nuisance fluttering around a lamp at night are important pollinators of white flowering plants. Lacewings which may become trapped in the house are needed outdoors as they are voracious eaters of the aphids that may reduce our crop yield.

While the use of chemicals such as pesticides can pollute our environment, nature usually has a better more balanced answer.

Among the many species of spider, southern Spain holds one protected by Europe, the Andalusian funnel web (Macrothele calpeiana) easily recognised by its all black colouring and long spinnerets. Iberia is also home to Tarantulas, though none resemble the huge tropical varieties.

Start searching for the identity of that bug here!