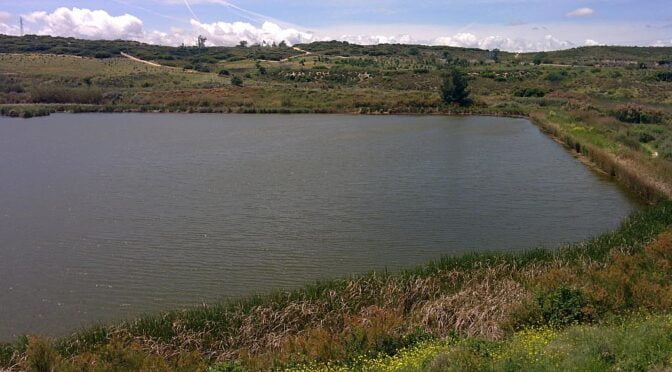 With an area of ​​almost 630 hectares, the El Regajal-Mar de Ontígola Nature Reserve (Reserva del Regajal-Mar de Ontígola) habitat brings together a characteristic fauna of the Mediterranean-sub-desert mountains, with species such as hare, rabbit, wild boar, tawny owl, partridge and blackbird being very common. The gypsum hills with endemic flora species and unique vegetation and are populated with species such as kermes oak and rosemary are well preserved.

The Natural Reserve of El Regajal-Mar de Ontígola is one of the most unknown natural spaces in the Community of Madrid, despite having a great wealth of fauna . This is due to the fact that most of its 630 hectares are on private farms. (The one of El Regajal stands out, which has its own vineyards and winery attached to the designation of origin of Vinos de Madrid.)

However, the main wildlife interest here lies in its butterfly populations for which it has been internationally recognized as one of the most important butterfly reserves in Spain. Over 100 of the 230 odd species of lepidoptera of Spain have been recorded here which is interesting not only for their number but also for the rarity of some of them. In 1979 entomologists from the International Union for Conservation of Nature (IUCN) ranked El Regajal as the fifth world priority in conservation due to the importance of its butterflies.

The site is included within the Special Conservation Zone (ZEC) of Las Vegas, slopes and moors of the southeast of Madrid, which, in turn, is listed as a Site of Community Interest (SCI) and attached to the Natura 2000 Network of the European Union. Due to the importance of its avifauna, it is also part of the Special Protection Area for Birds (ZEPA) of the Carrizales and Sotos de Aranjuez.

The origins of the Sea of ​​Ontígola go back to 1552, when Felipe II (1527-1598), while still a prince, signed an instruction in which he urged Diego López de Medrano, governor of the administration of the territory of Aranjuez to build “a very large lagoon in the Ontígola stream, and another two or three small ones in the one towards Ciruelos in order to atract birdlife“. (Presumably ducks for eating?)

The works began at the end of 1560 under the direction of Juan Bautista de Toledo (1515-1567) and the master builders Juan de Castro and Francisco Sánchez participated as well as the Dutch dyke experts Adrian van der Müller and Pierre Jasen. The project was completed in 1572.

Although the reservoir was conceived for the irrigation of different orchards and gardens, it also developed a rather gruesome recreational reputation whereby in the 17th and 18th centuries sailing was practiced and tournaments, parties and games were held. One particular “game” consisted of hunting animals, preferably fighting bulls, which were thrown into the lagoon from the cliffs and once in the water killed in the most dramatic way possible..

In the 18th century, various hydraulic infrastructures were built, aimed at optimizing the flow of the reservoir. In 1734 the so-called Mar Chico was created, a settling pond linked to the Mar de Ontígola, from which a water conduit came to the island’s garden and during the reign of Carlos IV (1748-1819) a new canal was made that reached the garden of the Prince.

The Regajal-Mar de Ontígola is on the Red List of Heritage in Danger due to its poor state of conservation. Regarding the dam, both the retaining wall and the spillways are covered with earth and weeds, which causes the water to overflow from the crown, with the consequent degradation of the structure. Likewise, the accumulation of sludge and the proliferation of invasive plants, mainly reeds , has caused a notable decrease in the storage capacity of the reservoir.

Of course the dilemma is clean and repair or just let nature have its way. Time will tell.

This enclave so privileged from the point of view of biodiversity, whose conservation depends on the Community of Madrid, is, however, threatened. So much so that in the last 25 years up to seven species of diurnal butterflies have disappeared , according to studies by the three researchers José González Granados, Carlos Gómez de Aizopurúa and José Luis Viejo Montesinos, who have been studying the wildlife here for many years.

In 2001 these naturalists embarked on a project, together with the Community of Madrid, which consisted in the creation of a butterfly farm for the breeding and study of autochthonous species but In 2011 the project failed and what was once the largest butterfly farm in Spain has been closed. In 2013, the Aranjuez City Council requested a grant from the European Life program to be able reopen but as of 2021 still no sign of it reopening……. 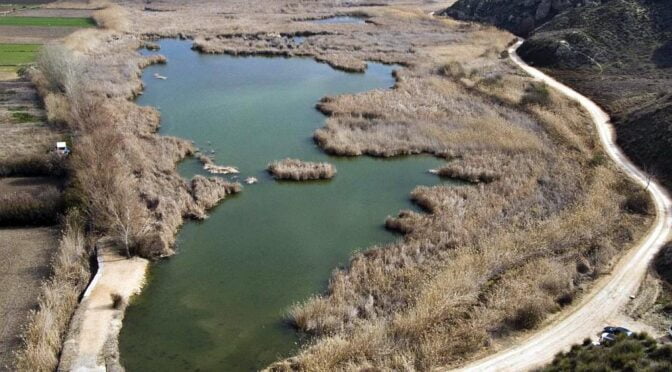 The Fauna Refuge of San Juan Lagoon (Refugio de fauna de la Laguna de San Juan) covers an area of 40 hectares and is found along the lower course of the River Tajuña. It is an important wetland area close to the town of Chinchón and one of the largest bird reserves in the Community of Madrid.

It became a protected area in1991 and is devoted to preserving, restoring and improving the fauna and flora for biological, scientific and educational purposes.

Surrounded by reeds, rushes and cane as well as other species It is perhaps the best example of the marshy ecosystem in the province of Madrid and an ideal habitat for water fowl. Over 43 species of vertebrates have been catalogued, of which around half are birds. Some make their home here all through the year whilst others are wintering or make sporadic visits during migration periods.

In fact Chinchón is a great place to base yourself if you don’t want to be in the main city of Madrid but still have easy access to the Natural Park areas around Madrid Province.

The official website for the town of Chinchón is here: http://www.ciudad-chinchon.com/turismo/en/conoce-chinchon/bienvenida.php 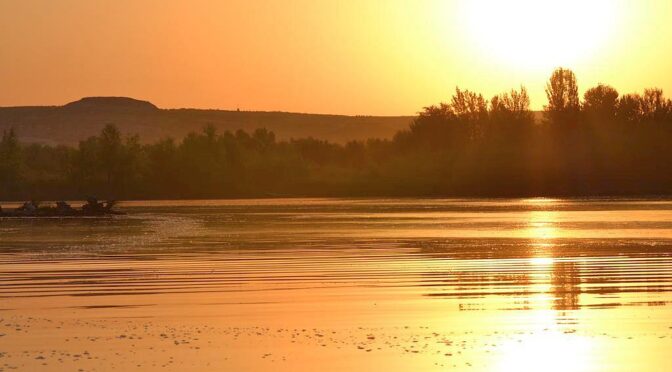 The South East Regional Park (Parque regional del Sureste) is an area of Madrid that extends from north to south along the Jarama river and presents a great variety of habitats some of which are considered the best and well preserved wetlands in the Comunity of Madrid such as the Mar de Ontígola close to the town of Aranjuez, Laguna de San Juan near Chinchón and the gravel pits between the rivers Jarama, Manzanares and Henares (Soto de las Juntas and El Campillo).

The natural wealth of this area also resides in the fertile cereal plains, the gypsum cliffs of the hills and the emblematic area of Cerros de la Marañosa.

Some parts have undergone quite extensive restoration since the quarries and gravel pits closed with the planting of poplars (Populus alba) and willows (Salix alba) with these areas now protected as a wildlife reserves.

The shrubby and low habitat produces a landscape with large open spaces favoring steppe birds such as bustards, little bustards and curlews and where the slopes become vertical walls forming beautiful cliffs, peregrine falcons, eagle owls, red-billed choughs and black kites are present. Booted and short-toed eagles, goshawks and small owls frequent the forests formed by pine and kermes oak, accompanied by holm oak and gall oak, along with mammalls such as stone marten, rabbit, genet and fox.

This fascinating biological diversity coexists closely with the large and (very) nearby urban population centers and it is important o remember that around 50% of the territory of the Regional Park is occupied by arable crops and farmland.

Find a hotel close to the Parque regional del Sureste

There are over 100 lagoons within the limits of the South East Regional Park with the main ones to visit being.

There are two environmental education centers that provide information related to the fauna, flora and history ​​of the Parque regional del Sureste

Next to the Campillo Lagoon (Rivas, Vaciamadrid), take the N III and exit 19.

The El Campillo environmental education center has a 3-hectare plot in which there is a building located partly on the El Campillo lagoon. There are good views of the lagoon and the gypsiferous cliffs. There is also a permanent exhibition related to the natural and cultural resources of the area such as fauna, flora and human history of the area.

The Caserío de Henares, owned by the Community of Madrid is well worth the visit. It has an area of ​​194 ha and is located in the fertile plain of the Henares River where there are trails and exhibitions covering the subjects of organic gardening and resposible farming practices.

In addition to the river grove and the abundant birdlife. there are also remains of archaeological and paleontological sites in the vicinity and the Castle-Palace of Soto de Aldovea 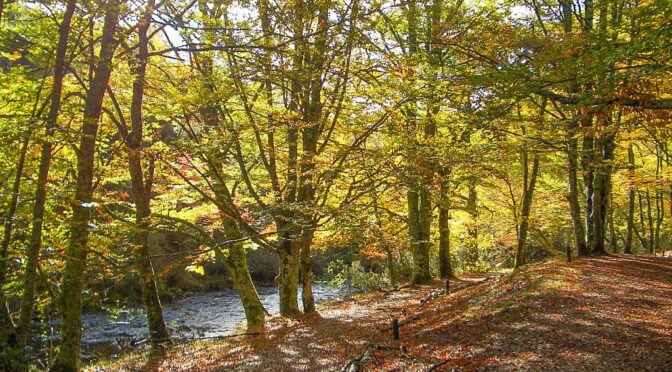 The hayedo Montejo beech forest is located on the slopes of the Sierra de Ayllón and is protected as a Natural Site of National Interest. It is a site of Community Importance (SCI) of Alto Lozoya and is also included within the limits of the the Sierra del Rincón Biosphere Reserve.

The forest represents the remains of the Central European deciduous vegetation in Spain and is one of the most studied in the Iberian Peninsula. Extensive research programmes have been under way in the beech forest in recent decades to monitor the evolution of the trees of which there are more than 120,000 and around 40,000 are beech.

Among the huge beech trees, with some over 20 meters high, you can also find oak, wild cherry, hazelnut, birch, holly, heather and rowan. Some of the iconic beech specimens have even been named such as la Primera (the first), el Trono (the throne), la Ancla the (the anchor) but perhaps the most admired is la Roca (the rock) which is aged at more than 250 years.

The forest is a haven for many insects, birds and other animals and nearly 100 species of butterfly have been recorded in the area.

Access to the Hayedo de Montejo beech forest is strictly restricted and authorization is required. (See information centres below)

This is the main information centre for the area known as the Sierra del Rincon biosphere reserve and they also coordinate the entrance permits for the Hayedo beech forest.

A visit to the beech forest is free and is guided. Dogs are not allowed (unless they are registered for the blind or partially sighted).

There is a permanent exhibition covering an introduction to the Sierra del Rincón (its nature, landscapes, culture, customs and gastronomy). There are two large rooms with information, exhibition panels, videos and a scale model of the area

Reserving a visit to the Hayedo de Montejo beech forest

The best way to do this is ask your hotel or other accomodation as many have direct access to the reservation system. Alternatively you can reserve online at the official website or at the aforementioned information centre.

The forest is closed to the general public on Mondays