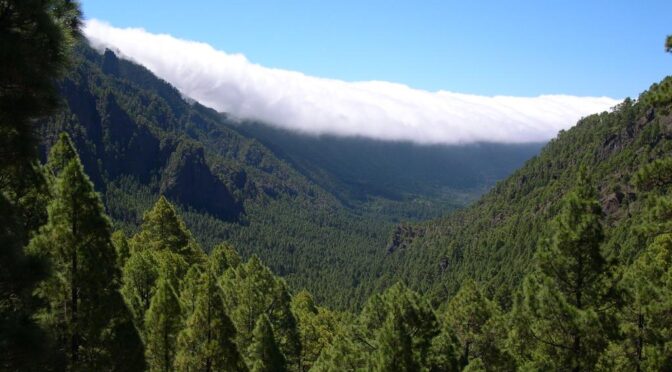 Walking and wildlife holidays in the Canary islands

The Canary Islands (Islas Canarias) are an archipelago of the Kingdom of Spain. The group consists of seven larger islands and four smaller ones, each of volcanic origin. They are located off the north-western coast of Africa (Morocco and the Western Sahara) in the Atlantic Ocean.

The nearest island is 108 km from the northwest African coast. They form an autonomous community of Spain.

Tours in the Canary islands from Viator

The Canary islands have a vast array of sites to visit and enjoy. Below are some of the options listed on the Viator website. (We recieve a small commission if you book a tour which doesn’t cost you more and helps us to keep Wildside Holidays up to date with the best information.)

Together with the Azores, Cape Verde, Madeira, and the Savage Isles they form Macaronesia. This is a new name for these tropical and subtropical volcanic Islands in the Atlantic Ocean near Europe and Africa.

The Teide volcano on Tenerife is the highest mountain in Spain at 3,718 m and the third largest volcano on Earth.

Four of Spain’s fourteen National Parks are located in the Canary Islands which is a testimony to their huge environmental value.

The flora of the islands consists of about two thousand species, five hundred and twenty of which are to be considered endemic, and as many as five hundred and ninety three that are rare or becoming extinct.

The Haria Lizard is the smallest of the Gallotias which is a genus of 5 different lizards endemic to the Canary Islands. There are also 3 endemic species of skinks and 1 gecko.

There are some bird species which are confined to the Macaronesia Island group, others to individual Islands and occasional avian waifs from the Americas all of which are a draw for ornithologists. White-Faced Storm Petrel, Cory’s Shearwater, Madeiran Storm-Petrel, Berthelot’s Pipit, Fuerteventura Stonechat and Blue Chaffinch are just a few specialties

Natural and National parks in the Canary Islands

The Canary Islands hold some wonderful natural parks and protected reserves and some are considered to be among the most important ecosystems on the planet.

On each island of the Canary archipelago you will find protected natural spaces with stunning landscapes and diversity of different ecosystems such as dunes, lush forests, volcanoes, natural pools and of course all surrounded by the the atlantic ocean.

The Chinijo Archipelago Natural Park located north of Lanzarote, is a group of small islands that have environmental protection. It is the largest marine reserve in the European Union. Among the group of islands that make it up is the Island of La Graciosa , a small island of virgin beaches, unpaved streets and where the natural beauty of its beaches and the sea delight visitors who come to it to enjoy the tranquility that characterizes it.

Lanzarote also has its natural spaces. In addition to the Timanfaya National Park, the island has wonderful natural environments to explore. Close to Timanfaya are the Charcos de los Clicos, the Natural Park of Los Volcanes and La Geria in Yaiza, the Green Caves in Haría, Jameos del Agua in Órzola and the Natural Park of the Volcanoes in Tinajo.

Find a hotel in Lanzarote

If you visit Fuerteventura, take a tour of the Corralejo Natural Park. To the north of the island is the largest area of ​​dunes in the Canary Islands that ends in wide beaches of very white sand and are surrounded by the turquoise blue ocean.

Other natural spaces worth seeing are the Montaña de Tindaya or the Natural Monument of Malpaís de la Arena , located in the municipality of La Oliva, the Protected Landscape of Vallebrón or the Isla de Lobos Natural Park. The Jandía Natural Park located in the south of the island offers a desert landscape between mountains and beaches.

Find a hotel in Fuetaventura

Tenerife , with its magnificent Teide National park has a great variety of natural environments such as the Protected Landscape of Costa Acentejo, the Guajara Mountain, the Mountain of the Frailes and the Special Natural Reserve of Montaña Roja.

Find a hotel in Tenerife

Find a hotel in Gran Canaria

Find a hotel in La Gomera

All of the natural and national parks in the Canary Islands offer activities to visit and explore them, with a guide or self guided. The only way to get the best out of a visit is to start off at the many information and interpretation centres on the islands.

For the National Parks on ther Canary islands a good starting point for further research before your visit is here.