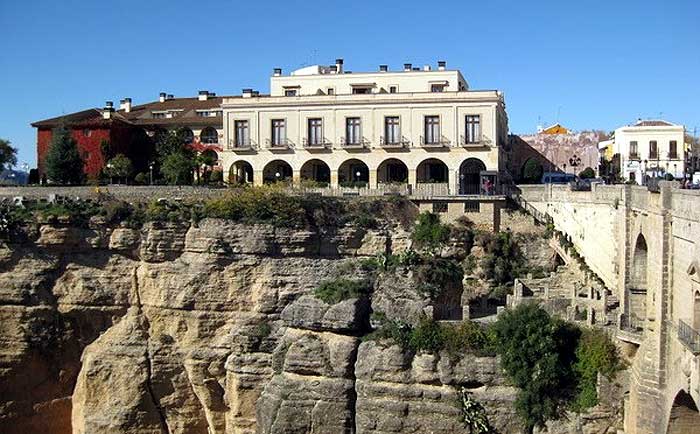 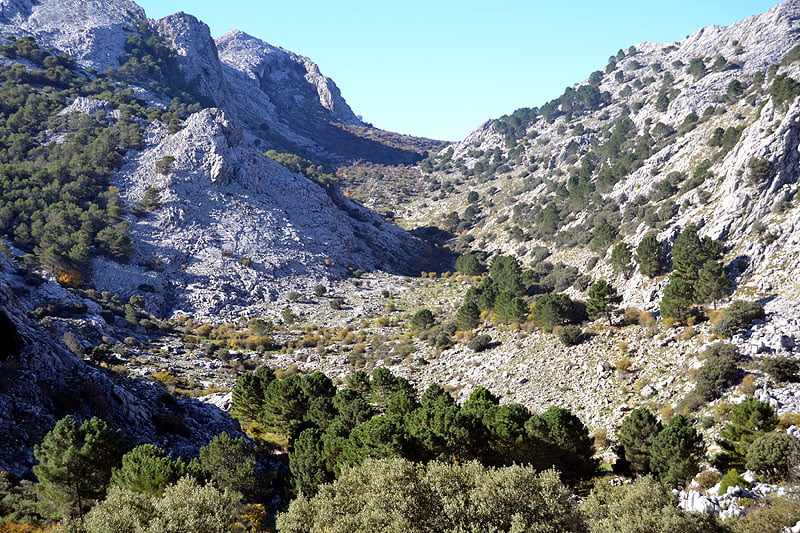 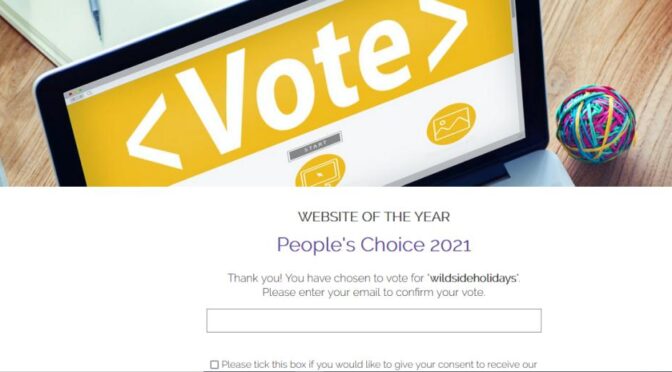 We are really proud to announce that Wildside Holidays is in The 2021 Good Web Guide Awards Please vote for us! 🙂

Apart from the assesment and voting by professional and experienced judges in the fields of internet, marketing and web site developement there is also a seperate award voted on by the general public.

So with this in mind it would be fantastic if you could spend a moment and vote for us!

Here is the link to vote (or click the above image)
https://www.thegoodwebguide.co.uk/votefor/wildsideholidays

In order to prevent any vote cheating you have to add your email address but will receive no contact or spam from the Good Web Guide Website. Thankyou for your support! 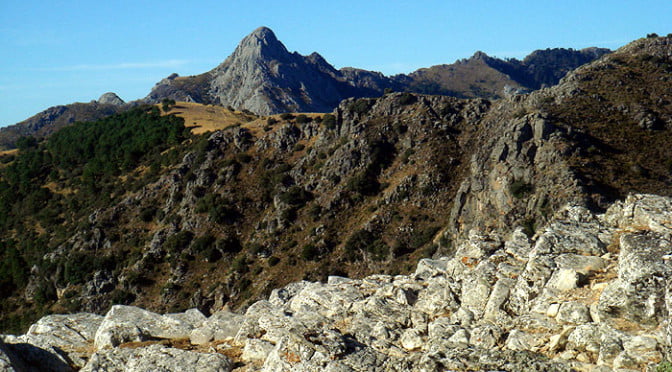 Looking for Wildlife & Walking Holidays in Spain? Wildside Holidays publishes information pages about the Natural and National parks in Spain. Information about wildlife in Spain and where to find it. Just look in the right hand column for the Spanish regions or the top menu for the wildlife pages.

Sustainable rural and wildlife tourism in Spain is a major key to wildlife and habitat protection. There are many studies showing how wildlife tourism can impact local economies, habitats and the wildlife it contains in a very positive way.

In the left column you will find links to some of the top INDEPENDENT activity holiday companies in Spain.

If you are travelling without a walking or wildlife guiding company in Spain then we highly reccommend booking.com for your hotel and accommodation needs.

You can also reserve trains and buses using the booking box of OMIO located in the right hand column of all pages.

A huge thank you to everyone that uses the links on these pages to reserve a hotel or transport in Spain. The small commission we receive helps a lot. Thankyou!

Looking for Wildlife & Walking Holidays in Spain? Wildside Holidays is the answer! 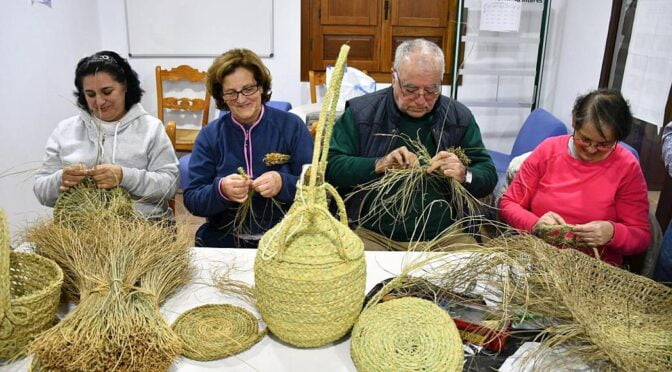 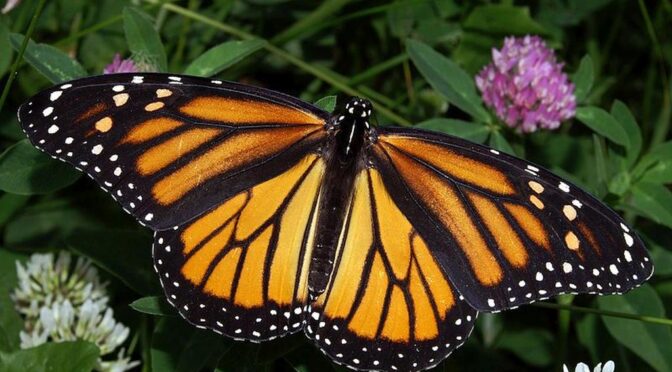 The Monarch – Danaus plexippus – Monarca are large and colourful butterflies known as the “Wanderers” in America where their amazing migration has been well documented. Some have successfully crossed from America into Europe but can only breed here in localized areas with a suitably mild climate.

Small breeding colonies can be found in Andalusia, along the Mediterranean coast where the climate does not freeze in winter.

Their larval food plants have been planted in gardens and parks and on occasions have naturalized aiding the spread of this species. (We have observed Asclepias leaving garden centres carrying many tiny caterpillars of this species, therefore assisting in their distribution)

The upperwings have a ground colour of burnt orange with an outline of black spotted with white. The underside has a paler yellow/orange ground colour, again with a black trim but with two lines of pure white dots. Throughout there are very noticeable black veins. The head is black with obviously pure white spots.

The caterpillars of this species can grow up to 5cm long, they are brightly coloured with bands of white, black and yellow. They have two pairs of black tentacles protruding from their backs, the longer pair at the front.

The only butterfly to live and breed in Africa, Europe and the Americas

Similar species: Plain Tiger (Danaus chrysippus) which has similar colouring but lacks the black veining of the monarch.

Butterflies of Iberia
These are included in the list of butterflies in Andalusia. 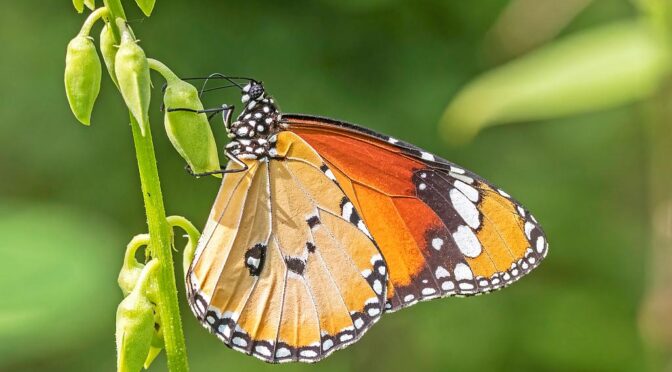 The Plain Tiger – Danaus chrysippus – Mariposa tigre is a large and easily identified tropical looking butterfly, but it only exists in small isolated pockets in Spain. Perhaps having migrated from Africa or having been brought in as larvae on plant stocks, however there are cases of them completing their biological cycle here.

They have been recorded from Barcelona to Sevilla, mainly along the coastal areas or more inland near irrigated areas. They will be restricted to where their caterpillar food plants survive.

The upperwings have a ground colour of burnt orange which has a black surround with a broken white band near the tip. The hind under wings are a dull yellow trimmed with a fine black line with white dots. The underside fore wing shares all of these colours. The body of this species is very visible, being black with many pure white spots.

The caterpillars of this species are multi striped white, yellow and black. They have 6 very distinctive, upwards pointing, black spines set in 3 pairs.

Similar species: Monarch (Danaus plexippus) which has similar colouring but with prominent black veining on both upper and under wings.

Butterflies of Iberia
These are included in the list of butterflies in Andalusia.
Images taken on the Ebro Delta, Spain. (Apart from top image from wikipedia Charles J. Sharp – Trabajo propio, from Sharp Photography, sharpphotography.co.uk, CC BY-SA 4.0, https://commons.wikimedia.org/w/index.php?curid=65435529) 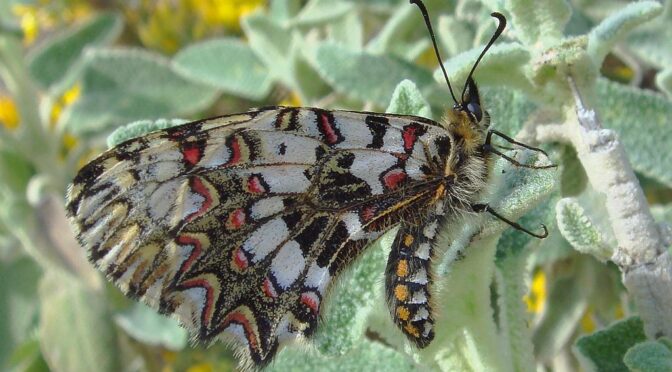 The Spanish Festoon – Zerynthia rumina – Arlequín is a medium sized butterfly that often flies at low levels among grasses. The main colour is yellow with an attractive pattern of black with large red spots over the upper wings. The under wings have an intricate design, including a wavy line of black and red on an off-white background colour.

The caterpillars of this species are up to 3.5cm long. The colour can vary greatly from yellow to brown, covered in spines that are often orange.

Butterflies of Iberia
These are included in the list of butterflies in Andalusia.
Images taken by Sue Eatock in Grazalema, Southern Spain.