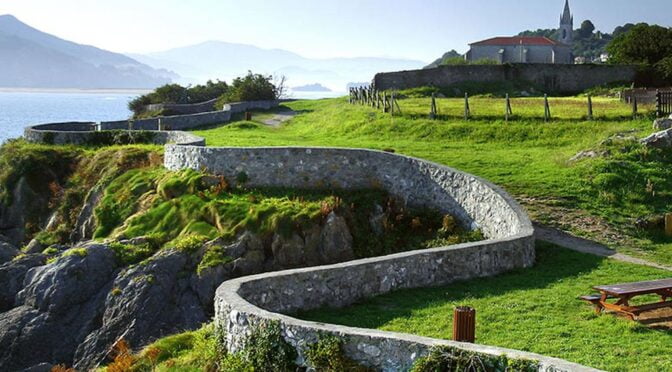 The Basque Country is also known as Euskal Herria in the Basque Language, Pais Vasco in Spanish and Pays Basque in French.

It is separated from the French Basque Country by the Western Pyrenees mountain range.

The Bay of Biscay forms a coastal border in the north. Being the northern most region in Spain and containing 19 main rivers it is a verdant land.

Find a hotel in the Pais Vasco

The Celts, Romans and Christians had massive influence elsewhere but here the people have held on to their identity and language, Euskara.

From 1900 to 1970 mining minerals, steel works and ship building created a strong economy. This also brought with it an influx of Spaniards from other regions to take advantage of the boom and in turn has led to a bi-lingual language system.

This industry of the past is now reduced with fishing off the long coastal areas, farming in the mountainous parts and of course tourism dominating the ecomony of the region.

Tours in the basque country from Viator

The basque country has a vast array of sites to visit and enjoy. Below are some of the options listed on the Viator website. (We recieve a small commission if you book a tour which doesn’t cost you more and helps us to keep Wildside Holidays up to date with the best information.)

Natural parks in the basque country

There are a number of Basque breeds and cultivars. These are animals that have been bred – or plant species cultivated – for particular traits and features by Basque people in the Basque Country. Read the fascinating article over at Wikipedia

The Armañón Natural Park is the ninth and most recently declared protected area in the Basque country. Located in the region of Las Encartaciones in Vizcaya here you will find the Torca del Carlista cave which is one of the the largest underground systems in Europe and a refuge for the main breeding colony of the Mediterranean horseshoe bat.

Looking for guided or self guided walking in Pais Vasco?