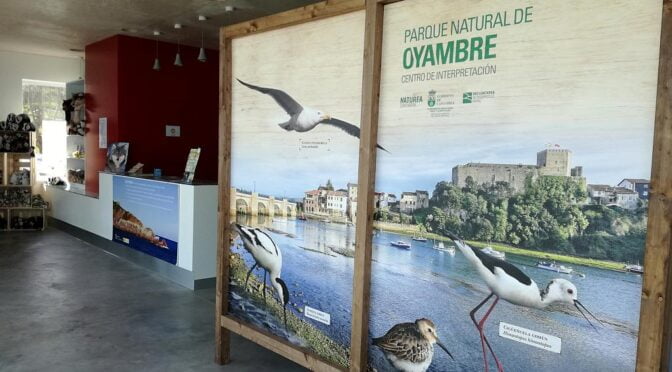 The Oyambre Natural Park is a Spanish protected natural area located on the western coast of Cantabria. A great success story as the park was declared after pressure from local and international ecologist groups (begining in the the seventies) protesting against urban development projects that endangered its dunes and beach environment.

The natural park, which includes the estuaries of Ría de San Vicente, Ría de la Rabia and its surroundings constitutes a magnificent example of a coastal ecosystem. In addition to cliffs, areas of meadows and native hardwood forests, there are various dune systems which together with those of the Dunas de Liencres Natural Park make up some of the most important dune ecosystems on the Cantabrian coast.

The estuaries and rocky and muddy intertidal zones comprise an excellent habitat for the many aquatic birds that winter in the area or rest there during migrations. Among the species that can be observed are the common teal, mallard, common sandpiper, curlew and other species such as the shag and the yellow- legged gull.

Find a hotel close to the Oyambre Natural Park

The Interpretation Center of the Oyambre Natural Park is located in the Punta de la Silla Lighthouse (San Vicente de la Barquera), originally built in 1871 and recently restored through the LEADER Saja-Nansa program.

Maintaining the original masonry structure, the lighthouse keeper’s house has been used to create a spacious and bright space that currently houses the permanent exhibition of interpretive panels representing the landscape and use units of the Oyambre Natural Park.