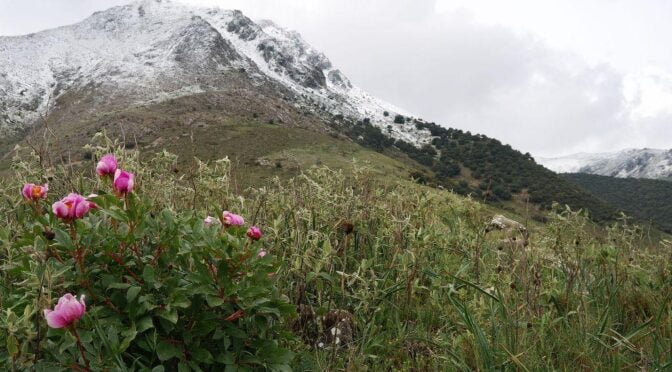 Set in the middle of Andalucia, the Sierra Subbética is a limestone semi-mountainous area with rolling hills and a high point of 1.570 metres named la Tiñosa. The main economy for the area comes from olive oil, therefore much of the area has intensive olive grove plantations.

The villages and towns in the Sierra Subbética are a delight to explore.

Find a hotel in the Sierra Subbética

The highest regions which are exposed to the elements contain the hedgehog zone or low, compact spiny plants including Alyssum spinosum and hedgehog broom (Erinacea anthyllis).

The Sierra Subbetica has the most southerly population of the Miller’s water shrew (Neomys anomalus.) These red-toothed shrews add fish, amphibians, and crustaceans to their diet of worms and insects. They are adapted to their aquatic life by having long, stiff hairs on the rear feet that add surface area, increase traction, and trap air bubbles that enable them to scamper over the water surface and help them to swim.

At the rivers and streams the viperine snake and terrapin can be found and in drier areas watch out for the Lataste viper.

The Route of the Ammonites of Las Sierras Subbéticas Geopark.

The limestone, which has been shaped by water for thousands of years, presents a fascinating karstic landscape with a great diversity of geological elements: poljes, karrens, sinkholes, chasms and more than 800 caves.

The Santa Rita Visitor Centre is part of the Route of the Ammonites in the Sierras Subbéticas Geopark (see below).

Also in the Sierra Subbética

In Cabra, the Santa Rita Visitor Centre displays the geological phenomena responsible for the unique physiognomy of the Sierras Subbéticas mountain range. It consists of a journey into the depths of the earth, showing the various formations caused by water modelling the limestone rock.

There are numerous interactive features displaying the natural and cultural heritage of the Sierras Subbéticas mountain range. An important part of the facilities are dedicated to geological resources and the Geopark. Visitors are greeted by a giant sculpture of an ammonite, a symbol of the importance given to geological heritage in this region.

If you have an interest in mushrooms and fungus then La Trufa mycological botanic garden (Jardín Micológico “La Trufa“) close to Priego de Cordoba is well worth a visit.

Read about it here: https://wildsideholidays.co.uk/la-trufa-mycological-botanic-garden/