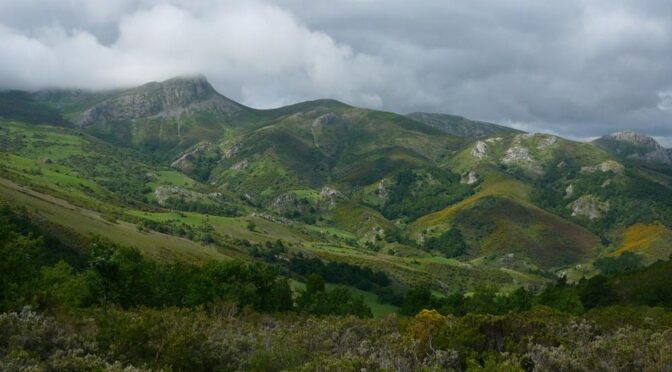 This is a space of great natural, landscape, fauna and botanical value. It has the most northern mass of junipers in Europe, together with endemic species from the Cantabrian Mountains such as the Cantabrian Artemis and the Echium cantabricum.

It is a refuge for the emblematic and endangered brown bear. Also, The Cantabrian Capercaillie became extinct in the natural park at the beginning of the twenty-first century and since 2010 the European Union’s LIFE programme has supported a recovery plan for this bird.

Find a hotel close to the Montaña Palentina Natural park

The Cueva del Cobre : Interesting cavity, not only because it is the source of the Pisuerga river but because of the formations and dimensions of its galleries. The route to the cave is simple but takes around 5 hours (13 kilometers.) The route starts in the Palencian town of Santa María de Redondo. (Entering the cave system is for experienced cavers with proper equipment)

The Sel de la Fuente sinkhole: In the Sierra de Híjar there is a cavity that collects the waters of the glacial cirque of the Valdecebollas peak but also this is an incredible alpine meadow and has been a summer pasture area for the cattle and horse herds of the Redondo valley (San Juan de Redondo and Santa María de Redondo) for millenia.

The emphasis across this region of Northern Spain is, of course, with the Cantabrian brown bear and there are four interpretation centres run by the Brown Bear Foundation.

These centres provide a fantastic opportunity to learn about the life and conservation problems of the brown bear, and its relationship with the humans with whom it shares territory. In all the Houses you can enjoy a documentary, about twenty minutes long with exhibits about the life and customs of the Cantabrian brown bear and its habitat.

Location: Easy to find In the town of Verdeña

The other bear houses interpretation centres.