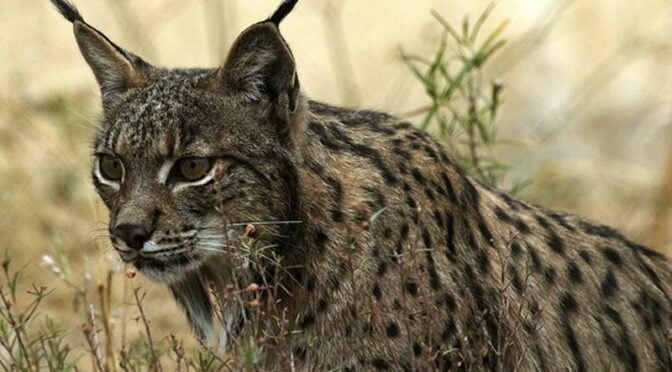 There are well over 100 species of mammals in Iberia ranging from the tiny shrews to the enormous whales. There are species that live in high mountain zones such as Chamois (Rupicapra pyrenaica), Alpine marmot (Marmota marmota) and Mouflon a type of wild sheep (Ovis musimon) and at the opposite end of the scale, marine mammals such as Long-finned pilot whales (Globicephala melaena), Bottlenose (Tursiops truncatus) and Striped Dolphins (Stenella coeruleoalba).

There is also a large bat population with 27 species of bats currently known to live in Iberia. The Greater Noctule Bat (Nyctalus lasiopterus) has recently been the subject of studies as it is thought to be preying on small migrating birds that fly through the area of Doñana National park at night.

Listed below are the mammals that we have written about.

If available then on the specific page there will also be a link to wildlife watching companies in Spain that can help you to see these amazing animals in the wild or, at the very least, a map to show you where to book your hotel in the right area!

Looking for something specific? Use the search system top right of all pages.