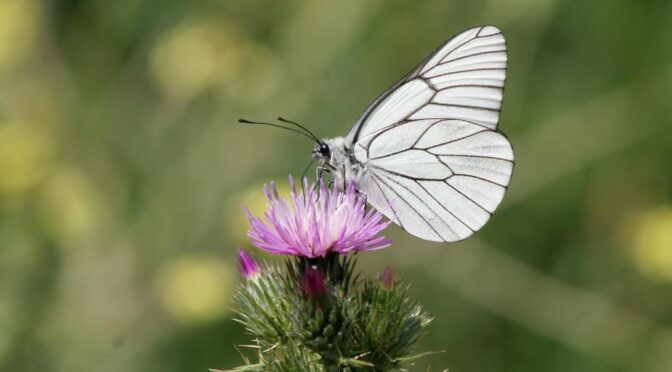 The Black-veined White – Aporia crataegi – Blanca del Majuelo is a fairly large butterfly, easily recognised by the black veining on a white background, with no spots. The female has a slightly softer brown colour to the veins. Groups can be found feeding on flowers near to their caterpillar food plants of hawthorns and also around orchards of Prunus species.

The chrysalis of the Black-veined White – Aporia crataegi – Blanca del Majuelo is very easy to identify for this species as seen in the image below.

Above images from the Sierra de Grazalema, Andalusia