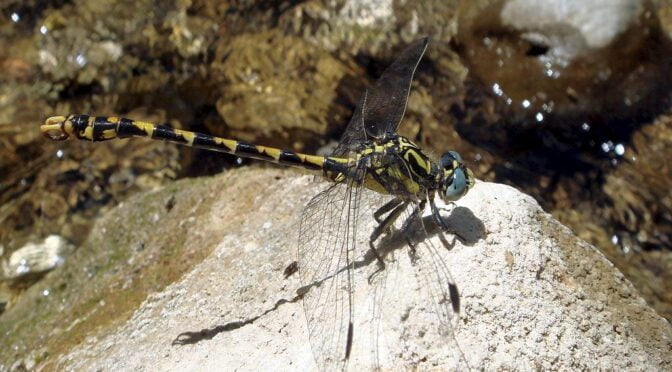 The Small Pincertail (Onychogomphus forcipatus) is a relatively common & widespread species in the Iberian Peninsula, though apparently absent from the west coast regions of Portugal & the north coast regions of Spain.

It is very similar in appearance to the Large Pincertail (Onychogomphus uncatus) and the two species cannot be reliably separated by colour markings alone. For instance the black stripes on the upper surface of the thorax are usually connected via the black central keel in the Small Pincertail, whereas the Large Pincertail there is a gap between the two, sadly however that is not always the case!