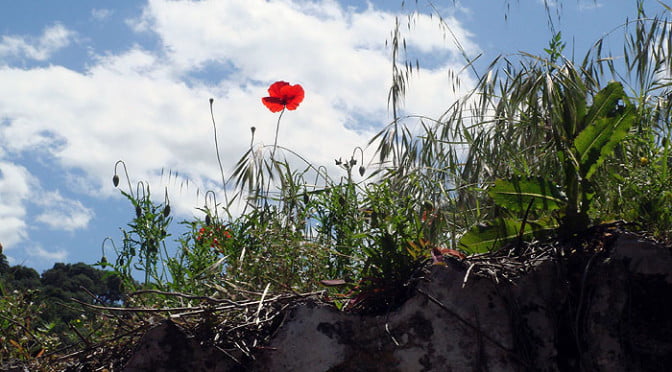 In the summer, water is very important to birds as much as it is to us humans. The heat makes it easier to see birds in certain areas: for example at natural springs around Grazalema in the morning where birds gather for drink, food and a bit of socialising. June, July and even August are the months when one can see particularly great numbers of juvenile birds, something that also makes the parents easier to observe as they fuss over their clumsy and inexperienced offspring, feeding them on tree branches and on the ground, teaching them by example about the world and survival.  Bold birds get even bolder, such as the colourful Woodchat Shrike whose families move from one Hawthorn bush to another as the greyish- brown young make hissing and chattering noises demanding food.  It is pure joy to be able to observe the normally shy Hoopoe when the parents and the young probe the ground under trees for tasty morsels.

The Spanish Ibex with their young like to browse the mountainsides early in the morning and rest during the hotter parts of the day. In the evenings they can be seen cooling themselves silhouetted against the sky on the limestone crags.

Bright red Poppies and blue Alkanet decorate fields and verges. Rough pastures are a sea of yellow Retama and stream banks become more defined with a ribbon of bright pink Oleander. In the mountains the rock hugging smaller flowers come into play, attracting many butterflies, whilst at the water terrapins and dragonflies provide the best entertainment. The warmth brings out a selection of reptiles with the small Vaucher’s wall lizard sunbathing on rocks, if we are really lucky we might glimpse the beautiful blue spotted Ocellated lizard.

One of the summer highlights is the soft-orange coloured Grazalema Poppy (Papaver rupifragum), unique to this area. It is found high in the mountains, where it lives quite happily in rock crevices and scree slopes.

The list of butterflies active during June is around 60 species, some of those to watch out for are the Spanish and common Swallowtails, Black veined white, Western dappled white, Moroccan orange-tip, Cardinal, Iberian and Western marbled whites, the stunning Two-tailed pasha and a selection of Fritillaries.

The number of orchid species in flower is reducing now as we enter summer, we will look out for Lizard, Pyramidal, Fragrant, Summer ladies tresses and Red helleborine.