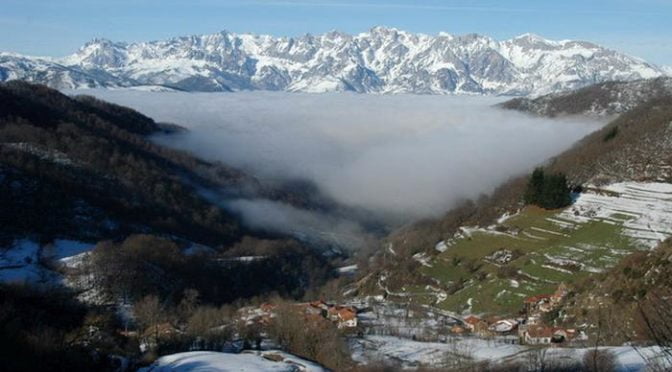 Castilla y Leon were two separate regions which joined in 1983, combined they make the largest region in Spain. Its historical value can be seen everywhere with Roman structures, Gothic cathedrals and more medieval castles than elsewhere in Europe.

The magnificent Roman aqueduct running through Segovia is one of the region’s greatest architectural wonders. It’s one of the best preserved aqueducts in the world, vast carved stones form the foundations, built 2,000 years ago. It was still supplying the City with water until recent years.

Going back further there are the archaeological deposits of Atapuerca, near the city of Burgos, where fossils of the one of the earliest known hominids in Europe have been found. Fossils and stone tools discovered date to between 780,000 and 1 million years ago.

As well as this wealth of history Castilla y Leon holds dramatic scenery.

The area is surrounded by mountains. In the north is the Cordillera Cantabria and to the south the Sistema Central range and at the north east lies the Sistema Iberico range. This creates a loop of mountains opening towards Portugal. This is on top of the fact that it is situated on the vast high plateau which forms the centre of the Iberian peninsular.

The most important river of the area is the Duero which begins in Soria and crosses westward to Portugal and the Atlantic.

The region’s exceptional diversity of mountains, plains and rivers produce a range of microclimates and ecosystems rich in flora and fauna including Wolf and Brown Bear.

Have you visited any on these natural Parks?